Now the record is done

After a few hours deliberating the running order and scrubbing out doodles on a white board, I finally sit back, headphones at full volume and hit play on my brand new album. Start to finish I re-live the highs and lows of this incredible journey feeling for the very first time in my career of making records that all the emotion and honest intentions have been captured to a beautiful degree and quality. 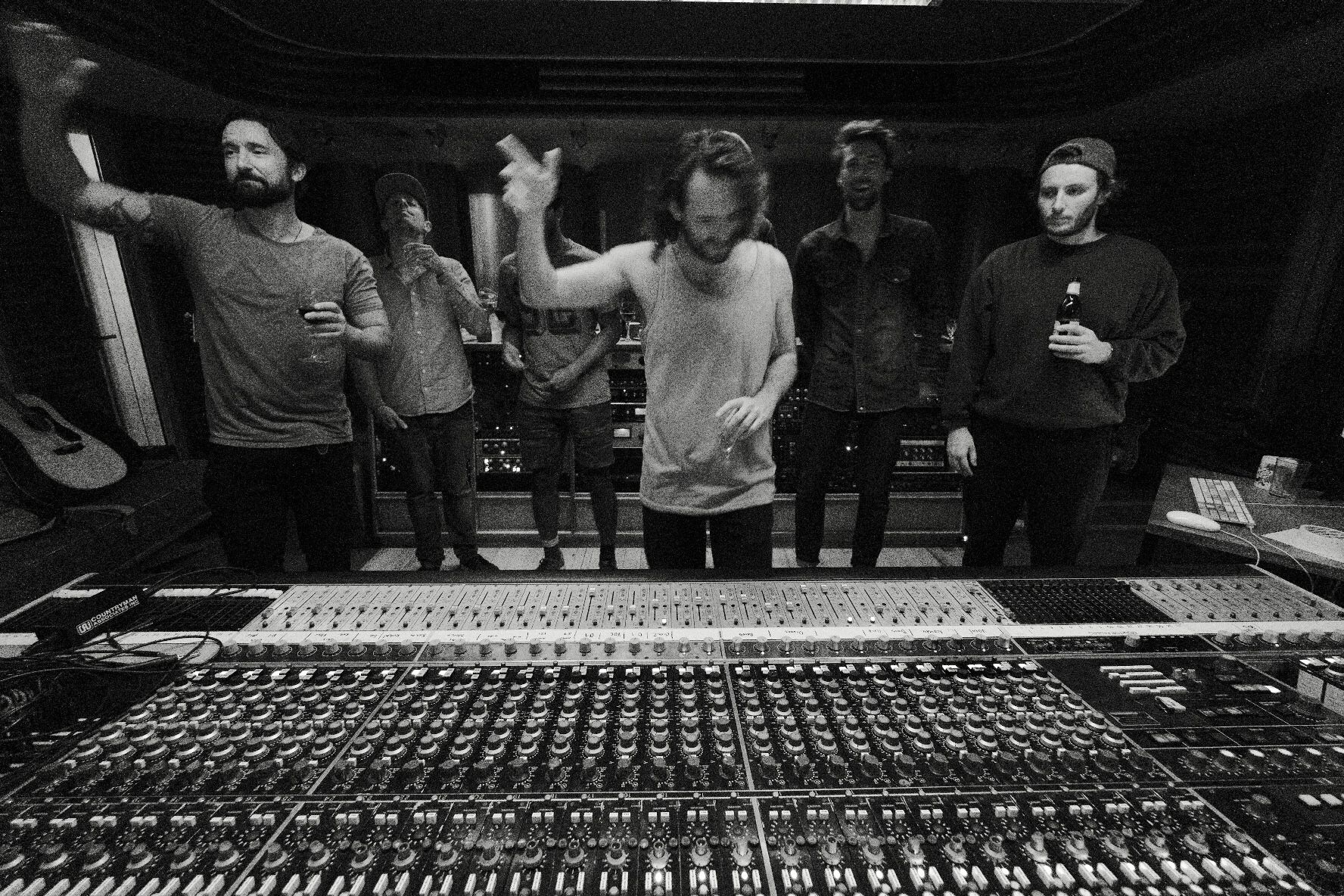 As far as embracing an Artist life in todays world it is a sacrifice. To really be the best I can be I have to push thoughts of a secure home to the back of mind and not even delve into dreams of a pension. If I'm honest I think that sacrifice is felt by anyone trying to make their own way and carve out any career. Only including the studio time this record has cost me $15K NZD and there are still at least $3K of expenses left to finish the process and hold a copy in my hands.

I have worked incredibly hard to be able to stand up in front of an audience and perform to the ability that I can. Also to be able to spend 120 hrs in a studio, tracking and producing an album of this caliber.
I've educated myself to a high degree in my field of sound and music and continue to do so, I've also dedicated myself to my art and discipline of playing guitar, singing and most importantly writing songs.

There are many avenues in life that would have provided a better financial reward for my time and efforts but following music, gigs and embracing being an artist is the only path that has made me what I am as a writer and performer.
I have been extremely entrepreneurial in my approach however my wealth is my musical and artistic ability, my worldwide friendships and real honest connection with people, not to mention my personal growth into a man who knows the true value of living.
The only way for me to have become as accomplished as I am with music (and I will always have a lot to improve on) was to just do it. As much as I can. The more I throw myself into it the more doors open for me to continue and grow. The more I free myself to pursue original music, which does not really pay, the more doors open and the more I progress.

"Art has the power to render sorrow beautiful, make loneliness a shared experience, and transform despair into hope"  - Brené Brown

The business side to music is the record labels and promotors who have formulated the business structures and make a lot of money off the back of artists.  This isn't always a bad partnership. When they help an artist develop and build a team that books, promotes, manages this enable the artist to focus on the art.
That is what I am looking for. A team. However I have to also recognise that perhaps I will not make it to that point. This album is the first real chance I have managed to create that should elevate me to having a team that can support me to gig, gig, gig and gig and then make another 10 albums.
It also may lead to nothing more than I have already accomplished and I have to be okay with that.
The music has to be reward enough because it may be the only tangible thing that comes out of all my hard work. So I have to enjoy the journey, set course for a destination but still look around be present and grateful for where I am and where I've been.

The best way to promote your music to this day is touring. It is playing shows so people connect with you and at those shows having your music and merch for sale so they can take it home and share it.
So I need to now print up this album and get it in front of people who can put me on bigger tours.
Worst case I just continue to tour like I always have done but sell my album myself.

It's not an easy life often floors and sofas are the kind offerings of somewhere to crash after a gig and it is never enjoyable owing people money. At least the little money I owe, I owe to people who believe in me and my music in order to see that music realised. I'm not playing numbers on a stock market with little to no idea or pride in the products and businesses I am speculating on.
I am not borrowing money in order to make more money out of an idea that adds no value. I am not marketing something I don't believe in in a clever and manipulative way so I can gain wealth. Most importantly I am not selling my time, energy and intellect to someone else who's values and products make the world worse for most people.
I understand that a lot people feel like they have no choice, and perhaps with 3 kids and a mortgage they don't. So I cast no judgements on anyone trying to make their way and take care of their family. 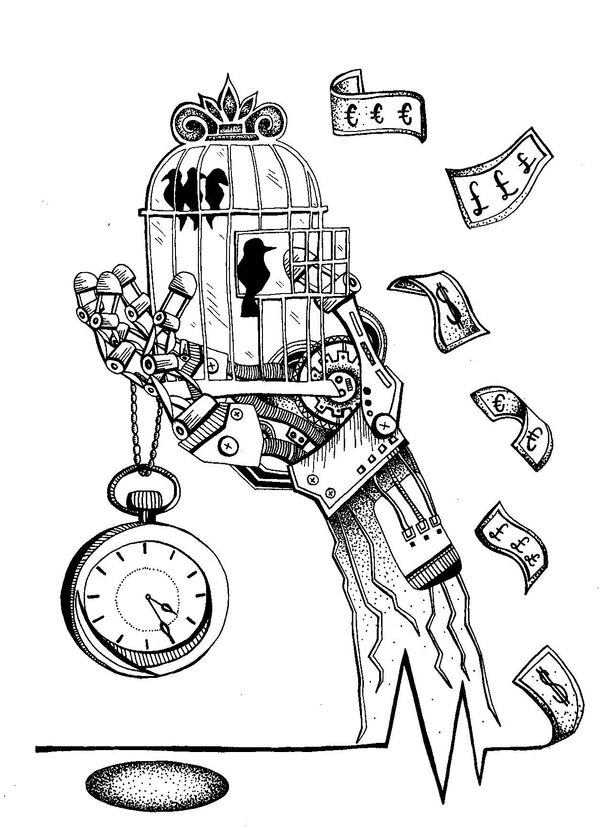 I know very much how the world works probably more than a lot of people who haven't understood the pitfalls of a fiat currency with privately regulated interest rates or ever been taught the meaning of fractional reserve lending and how that grants private banks the power of currency creation. Or how important the world wars were in  establishing this global economy underpinned by the dollar which, since Nixon in 73, is now underpinned by nothing. And how people have become more and more atheist yet don't understand that our entire economy is based on belief and speculation, that the way we subscribe to a model of economic values and aesthetics is a religion and one we aren't even aware of. Behavioural change is the answer to every other systemic problem of the way we live. Climate Change, Healthcare, Economic disparity, War over resource...etc these are symptoms of what we currently believe in. Money is not evil in fact it is very useful. It is our current understanding and religion around currency that is ultimately what I would consider to be both devastating and infectious.

Do we believe that we can live better, that we even need to? Does Joe/Jane Bloggs believe that they have any influence on global change? on the lives of others?

It's summed up in the line "Let the inside out" from one of my new songs Right Now.

We need to value ourselves, love ourselves, and extend those virtues onto to everyone we meet. Even our enemies. We must give authority to ourselves and our ethics above what power a badge or a boss might command. Above what stature an expensive car and privileged title might command.
We have to honour people of real value who give and nurture others and we must live for the future we believe in or at least the future we want to come to pass. Even if that seems impossible. 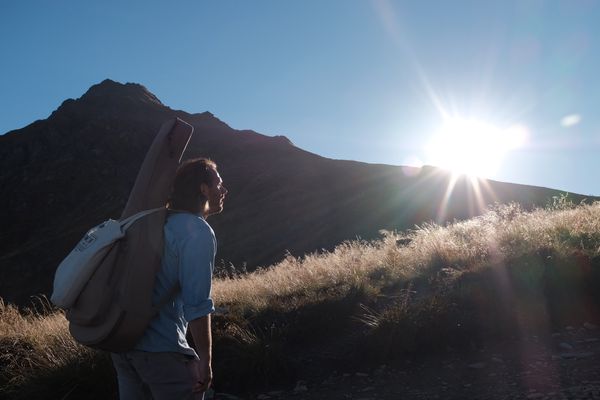 So to conclude, I have decided to speculate on myself. To nurture my truth and be brave enough to follow my heart. True it is mainly because of the privilege I was given by being born British and white that enables me to go more or less unhindered and find myself pockets of income when I really need it.
By doing this I have finally arrived at being somewhat a master of my art. Never a finished evolution or education but the level I have reached is professional to say the least.
My life to date has been unusual and to some people extraordinary. I have more wealth of love, friends, music and travel than anyone else I know and I am in good health and inspired still to keep pouring this into my music to share with the world.
I am not chasing a lavish lifestyle but of course I will welcome financial freedom when it is offered and at the end of the day I have followed a career from nothing and based it on honesty, love and connection.
This is not to say I am in any way saintly. I am riddled with self doubt and somewhat addicted to social trappings such as alcohol. This is a constant battle and one that will always exists and I will always try and remain self reflective  enough to know when I have to challenge myself to be better. Also forgive myself when I'm not.

As far as my future goes, if I die as an honest person and as someone who values all life, love and compassion then I've made it. If I have no money to show for it I already have my work. Recorded and stored for as long as there will be people to listen to it.