Volcanic sunrise, surf and so much plastic

In the last 3 weeks I've started to feel at home in this Indonesian surf culture. Salt water hose for showers are actually a bit of a luxury in the small fishing village Grupuk which holds (I'm told) some of the most consistent and forgiving waves in the world. Easily satisfying beginners and advanced surf gurus alike.
I'm now pretty much a connoisseur in tasting Nasi Goreng for breakfast, lunch and dinner and a lot is being done here to integrate people like me and the local culture and businesses.
I'm getting the impression it might be a breeding ground for some great changes to both western and Indonesian mind sets.
After the first 2 weeks of "eating shit" and "looking for lobsters" on the waves, with gratefully aching shoulders me and 4 friends booked through a guide company to spend 2 nights and 3 days scaling a 3700m volcano on the north of Lombok called Mt Rinjani. 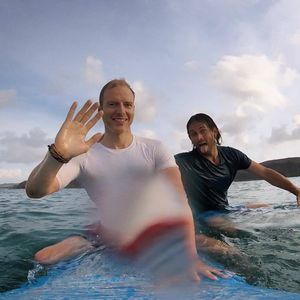 I completely under estimated the task at hand and set off on the trek wearing only shorts, a hoodie and my trusty Lebron James basketball trainers.
Watching a sunset across the craters' volcanic lake after a reasonable first day hike our porters supplied fresh hot ginger tea, instilling a false sense of ease and relaxation before our 2am wake up call to head to the summit for sun rise.
For long periods the torch had to be turned off to really get a feel for the stars that dominated the entire panorama. Framing the thin slither of scree covered carpet that was leading us towards the silhouette of the summit ahead in almost biblical fashion.
Warnings from previous climbers had circled my thoughts for most of the first hour where I felt confident the challenge had been dramatised and over exaggerated. 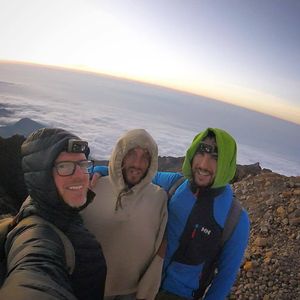 The last 500m climb proved more than worthy of the story telling. 1 lunge up, 4 steps to balance, 2 steps to keep from slipping back down and another step to prepare for the next breathe. Oxygen felt like a commodity and the altitude brought chilling winds. Dust against skin, down throats and in eyes with a temp drop to 2 degrees centigrade not counting the wind chill.

It all made repeating the routine of steps to make only inches of progress too much. All our limbs wanted to turn back.
But we didn't, in fact I threw away the notion of reserves for the remaining 2 days of hiking and somehow pushed my way to the summit before everyone else on the mountain.
Yeah I was proud, most people had poles and super tech jackets, gloves and space age walking shoes equipped with night vision, geo location and jet boosters.... :P and little ol' me beat them up in my basketball trainers!
But pride comes before the realisation that in order to share this moment with my friends, which was the whole point of the endeavour, I needed to wait unsheltered at the peak as the wind increased and the sun showed no signs of waking up.
Half an hour later I wasn't found astride the rocky top in a conquerors glory but instead I'd forced every limb inside my thin hoodie and crouched tightly hugging the face of the only rock big enough to shield me from the easterly wind. I looked homeless and broken. No ounce of pride remained but the view... incredible.
The most impressive aspect of the hike wasn't the stunning views or running through clouds down steep mountain passes. Neither was it the 48 degree heat bath from the thermal springs or the inner crater smoking in the middle of a crystal lake.
It was the sight of 35Kg baskets balanced over the shoulders of flip flop wearing porters that routinely scaled the 1 in 2 and sometimes steeper gradients with time enough to set up camp and start on cooking dinner before we even arrived at the same place!! seriously super human and barely a sweat.

Litter was everywhere, as with most of the beautiful spots in this part of Indonesia but I've heard rumours of some forward thinking education programs making their way into the schools of communities such as Grupuk. The Pelita Foundation based in Lombok is doing amazing work for education and schooling across the isalnd as well as crisis relief from the recent eartherquakes. Please click the link and have a look how you can help.Hopefully it will affect some change and we can still make sure we don't add to it for now. 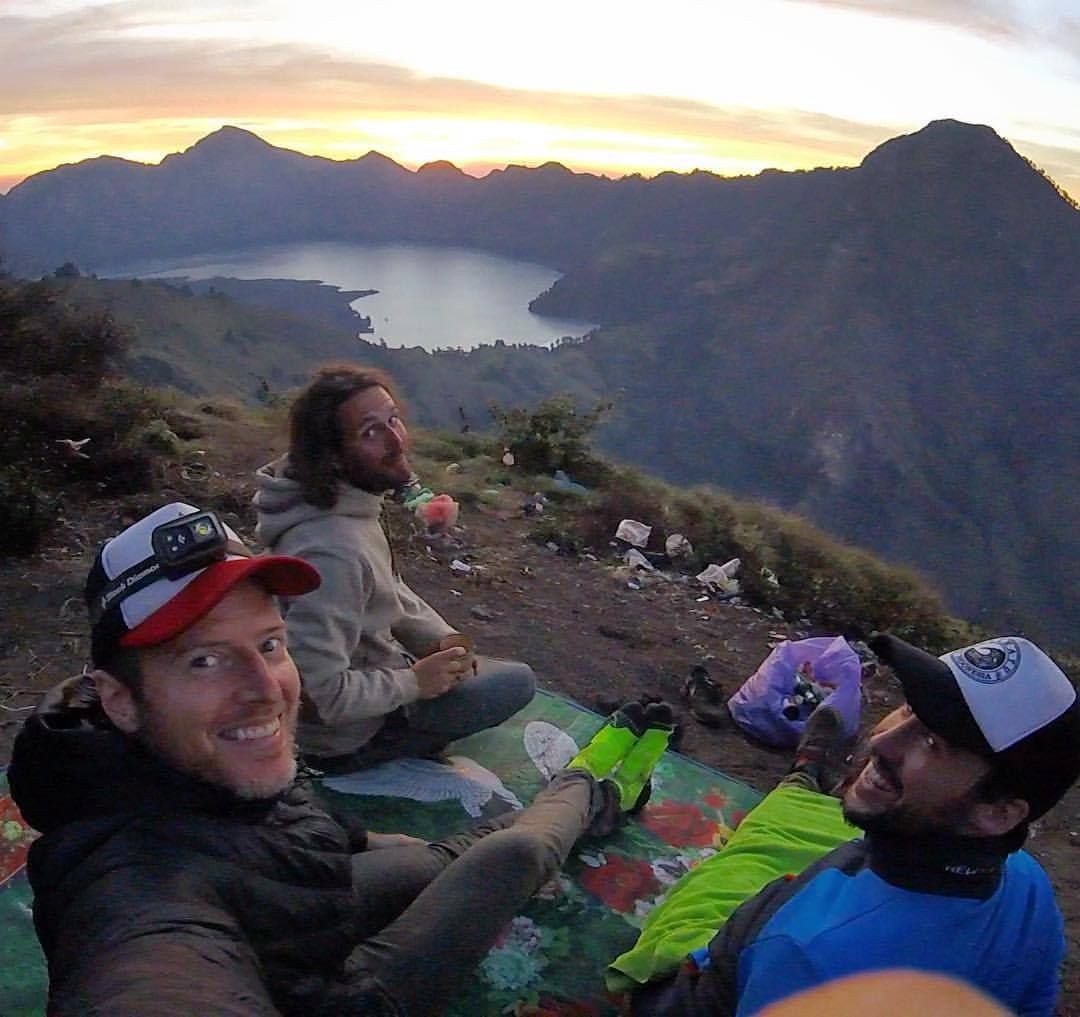 Cliche as it sounds surfing has given my travels and my life a new avenue of motivation and direction and new found lifestyle.
Not a million miles away from snowboarding with weather charts and boards on feet in a quest for a bit of time in nature at the mercy of the elements ( ok literally they are found geographically far apart) but surfing appears to give something deeper and more cultivating of patience to chase.
Chasing my music brought me here, further than I ever could have imagined and I have been embraced by the locals as the guitar man from Scotland after playing a few surf camp gigs and accompanying a yoga session not to mention nightly hammock jams with all sorts of local and mostly hand made instruments. For now its also music that is calling me back to Sydney for my first heatwave christmas. Back to the world of WiFi and long blacks I suppose :P .

Love and salutations my friends. You are changing the world everyday for the better. xx